Alison Hams is recognised as one of Australian country music's most professional and versatile performers. 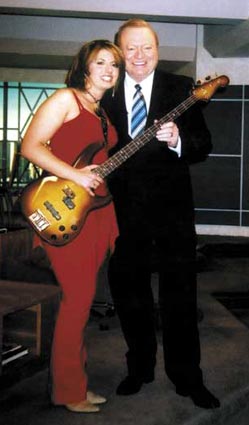 "Second Fiddle" from her all-original album "Daisy Train" was a 2005 WINNER of one of the world's biggest songwriting searches - the UK Songwriting Contest judged from thousands of entries from professional songwriters all over the world!


Its follow-up single "Romeo" was used on the soundtrack of Australian Feature Film "Offing David".


As a proudly South Australian artist Alison has also claimed a prestigious S.A.M.I. (South Australian Music Industry Award), performed at the Young Australian of the Year awards at the Adelaide Hilton International - and in 2006 was presented an esteemed SA Great! Regional Arts Award award for her contribution to regional arts and music. 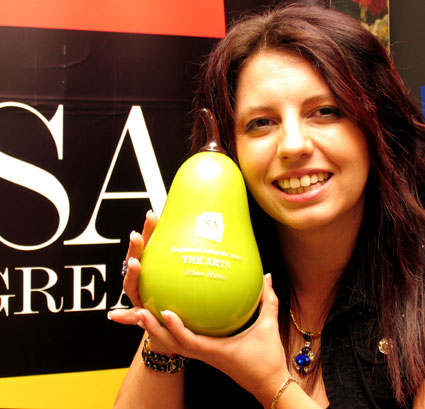 
Alison has toured with and supported many major recording artists including Charlie Landsborough (UK), Kate Ceberano, Lee Kernaghan, Adam Harvey, Kasey Chambers and Adam Brand, has co-written a song with Gina Jeffreys, and maintained a regular programme of appearances at major festivals like the Tamworth, Mildura & Gympie Country Music Festivals since 1994.


A graduate of the CMAA College of Country Music, Alison and her music have also made a real impression on innovative American guitar company Daisy Rock with whom she gained a product endorsement deal.


In December 2008 Alison and Mark played to over 35,000 people at Adelaide's "Carols By Candlelight" at Elder Park - in fact the two talented singer songwriters have primarily combined as a formidable acoustic duo since 2006.


Both Mark & Alison were inducted into the South Australian Country Music Hall Of Fame in Barmera in June 2007 and received the Country Music SA Industry Award in 2013. 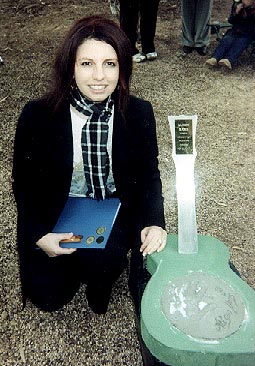 Being inducted into the SA Country Music Hall Of Fame in Barmera, SA.

Performing in the community with Stormfront Students

2015 was also fruitful with induction into the BRAND SOUTH AUSTRALIA HALL OF FAME...and Alison was named the 2015 CITIZEN OF THE YEAR in Whyalla.

Alison receives her Citizen Of The Year Award.

Alison and Mark at the BRAND SOUTH AUSTRALIA Awards


Launching a brand new initiative in 2016, Mark and Alison created the Whyalla Recording Scholarship which fully sponsors and supports a young regional artist to record & release their debut single! Mark and Alison do this all for free to help Expand The Horizons of each recipient and thus far have helped launch the recording careers of BREEZE Millard, Shakira Lea, Jaylee Daniels and Liberty Tuohy who have each had their own chart success thanks to #WRS!


The duo have been recognised for their work as musicians, educators, studio producers and engineers - and especially for their philanthropic work in the community.

Whyalla's Annual "JAMM 4 GENES" fundraiser for the "Jeans For Genes" cause!


Continued Professional Development is very important to Alison and her role as Music Educator, Studio Producer and Mentor.


Holding a Diploma Of Music, she is a Writer Full Member of APRA/AMCOS, a member of ANATS (Australian National Association of Teachers of Singing), a qualified Music Industry trainer, an accredited Music Teacher with full membership of the Music Teachers Association Of South Australia, is a qualified Vocal Health First Aider, an accredited Mental Health First Aider, and holds a Specialist Certificate in Music Theory through the prestigious Berklee College Of Music in the USA.